Britain's £5billion hangover: January 2 tops sickie list as one in eight workers is predicted to take a day off with illness – Daily Mail 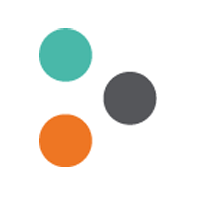 People calling in sick on the first working day of the new year will cost the UK economy £4.9bn, FirstCare has found. The data was released exclusively to the Daily Mail.

Please note, this article was published in January prior to the coronavirus pandemic

People calling in sick on the first working day of the new year will cost the UK economy £4.9bn, data from FirstCare, the UK’s largest workforce absence management system has found. The revelation comes as FirstCare prepares for the busiest week of the calendar year, with public sector organisations including the NHS and Local Authorities all expected to be impacted by workforce absences.

Every year, the highest volume of unplanned absences is recorded during the week following January 1st – a trend which has not changed since FirstCare launched in 2004. Research shows that of all employees who report an absence, 12 per cent will do so this week.

Naturally, the most common reasons given for absence this week will be cough, colds and the flu, with three days being the median duration to be absent from work. Women are 30 per cent more likely to take days off work than men during this period, but the age of the employee does not make them more or less likely to be absent.

Today, the sectors that can expect to be most affected by absences are:

Interestingly, this trend does not reflect the rest of the holiday period. The lowest days for unplanned absences during a calendar year fall on:

“The holiday period is always a time for celebration, as the UK workforce gets into the festive spirit. However, it’s also a time of year where employees are plagued by colds and flu.

“Our data shows that this particularly takes its toll on the UK economy during the first week of the new year, with a big spike of absence on the 2nd January.

“Organisations should take proactive steps to guard against these kind of unplanned workforce absences.”